Since Hanson Marketing belongs to the Advocacy Committee at World Trade Center San Diego, I felt compelled to join the WTC’s excursion last month for an up-close tour of the infrastructure at the Port of Los Angeles, both rail and sea. Well, more than compelled… delighted, actually. Getting to see and learn about the inter-modal freight facilities and the working waterfronts of southern California’s ports of Los Angeles, Long Beach and San Diego is my idea of fun. 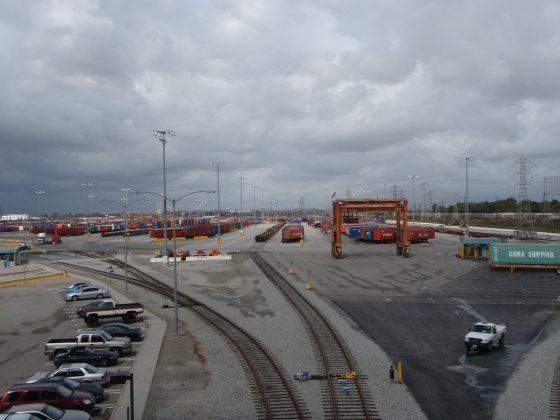 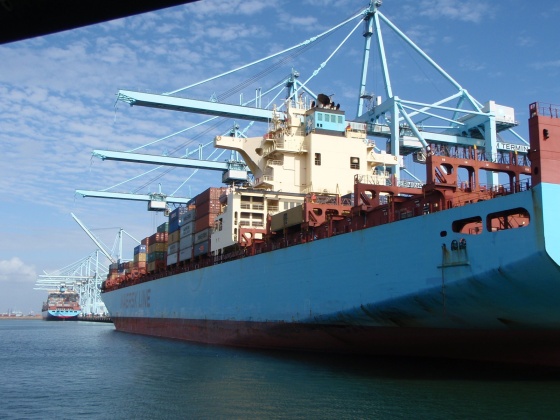 Being the proud son of a railroad family, I was eager to visit the Union Pacific Railroad Intermodal Transfer Facility, a 277-acre, near-dock rail yard that’s used as a relay point between the ports of LA and Long Beach, and major rail lines. Our crowd got to view the whole operation from a tower meeting room. Cargo containers are unloaded dockside and shuttled to waiting trucks, which convey them to the rail yard. Gantry cranes pluck the containers and place them on waiting flat cars, depending upon their destination (east or north, mostly) From the water, to a truck, to a train and back again… all this takes place within a few square miles. The UP is proud to report that they’re converting many of their infrastructure to electric fuel, reducing air and noise pollution and improving efficiency. 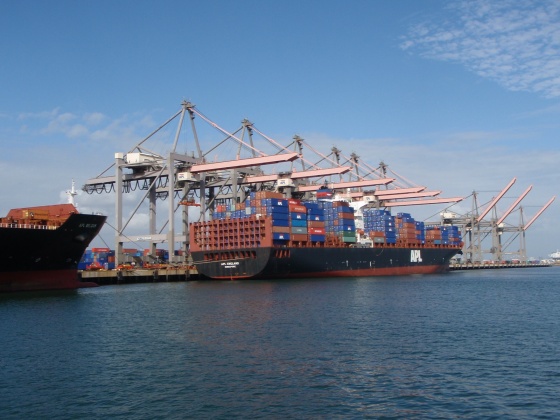 Port's non-stop traffic from all points

Containers shuttle from water to truck to rail

Next, we got on board a launch for the best on-water tour I’ve experienced. The Port of Los Angeles is, no lie, THE gateway to international commerce for the United States. Its cargo operation volume is record-setting, even as it strives to initiate and comply with 21st-century environmental regulations. Not to mention the ever-increasing security measures for cargo and personnel. 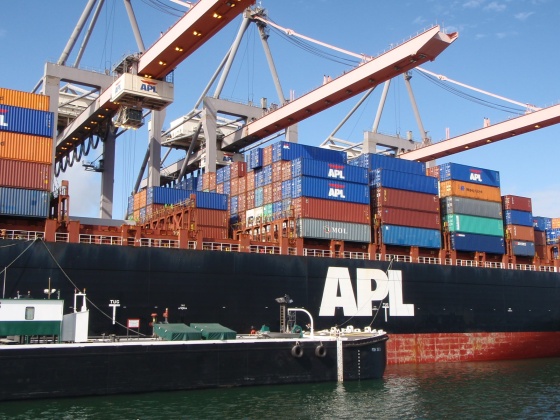 While on board, I struck up a conversation with Mr. Jim McLellan of the Port of Los Angeles, which made my tour even better. Jim’s had a career in global logistics that’s taken him from his native Quebec to the UK and the US. Besides being active in the Southern California District Export Council (a fellow DEC member!) Jim has a broad knowledge and keen interest in the history of the Port of Los Angeles. He pointed out the oldest facilities that handled freight and passenger cargo starting more than 100 years ago. He’s promised to write a book on the rough-and-tumble, yet romantic-sounding travel across the Pacific in the 19th and early 20th centuries. I’m holding him to that book!

Our excellent day trip ended at a reception and scholarly presentation hosted by the Center for International Trade and Transportation (CITT) housed at California State University Long Beach. Of note was a presentation on the Panama Canal Expansion, and its impact on West Coast ports, jobs, and cargo volume.